Home > Borrowing > How Banks Are Squeezing Out Low Income Borrowers

How Banks Are Squeezing Out Low Income Borrowers 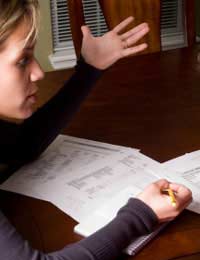 Banks are facing growing accusations of squeezing out low income borrowers, ignoring thousands of requests for help from customers who are struggling with their finances.

A recent announcement from the Financial Ombudsman Service made grim reading. It revealed that during 2009 it received nearly 15,000 complaints from individuals who had made a plea for help from their bank, pleas which appeared to have fallen on deaf ears.

Last year was clearly a difficult time for many people, and the rise of the number of complains lodged with the Financial Ombudsman is significant. In 2008, the previous year, the number of similar complaints raised against banks totalled just 2,800. So what are low income borrowers customers complaining about?

The Charges Levelled Against Banks

Most of the bank customers who have complained to the Ombudsman have been expressing their unhappiness about excessive overdraft charges and penalty fees, as well as banks and other institutions refusing to pay out on insurance policies. Such actions hit low income borrowers extremely hard, when relatively small penalties can swiftly turn into a big problem.

Several customers explained that, due to the recession, their finances had been stretched, but even after discussing their situation with their bank, it refused to help them or offer any workable solution.

In many instances the Financial Ombudsman took the view that the advice being offered by banking staff was simply not suitable in terms of addressing the customer’s problems.

Some examples reported to the Ombudsman included a bank refusing to suspend overdraft charges and suggesting to a customer that they sign up to a debt advice agency to negotiate with them. Other examples included banks setting up a budget for customers that enabled them to pay their bills, but left them with next to nothing to live on.

The greatest number of complaints, however, related to unauthorised overdraft charges.

Making Money Out of Hardship

Unauthorised overdrafts are when the borrower goes over their agreed overdraft limit without the permission of the bank. Unauthorised borrowing is penalised harshly by banks, which do not have to display the annual percentage rate (APR).

Unfortunately, people in hardship may find themselves going over their overdraft and the penalty charges they incur on this unauthorised borrowing can spiral out of debt, as borrowers suffer further charges.

It had been hoped that bank practices regarding authorised and unauthorised charges would have been changed following the ongoing court case involving the Office of Fair Trading (OFT) regarding overdraft charges. Late last year, however, a court ruling in favour of the banks meant that the OFT was forced to withdraw its case.

The courts did rule that those customers who could provide evidence of suffering genuine hardship could still qualify for refunds of the charges imposed by their bank. A pyrrhic victory perhaps, but possibly a lifeline for those low income borrowers facing severe financial difficulty.

An official Financial Ombudsman representative said in response to the increase in complaints: “Banks should act sympathetically and positively, but in more cases than not this isn’t happening.”

Introduction to Loans and Charging Orders
Share Your Story, Join the Discussion or Seek Advice..
Hi, I'm looking for a new bank as HSBC took 48 pound off me because i went in to OD.... they were cleaver about this and the fist few times i went in to do they did nothing and then £48. pound they took. A friend suggested Martin Lewis web site.....so i down load his letter and email it to hsbc with my information. Long boring story short. They said..tough and i'm still £48. out of pocket. I told them i was on a low income..it meant nothing, which they could see every 2weeks my jobseekers allowance would go in. And i'm sure you can't get a lower income then £70 aweek. So to day i thought i would look for a new bank that doesn't penalize the poor, for surviving. And when i put find a bank for low income survivors your page come-up. I don't want a home lone or any kind of lone.. I would just like a bank account with very low charges. Thank you for letting me vent. kind regards Sandra Dickie.
secretsan - 8-Apr-13 @ 7:54 AM
Title:
(never shown)
Firstname:
(never shown)
Surname:
(never shown)
Email:
(never shown)
Nickname:
(shown)
Comment:
Validate: